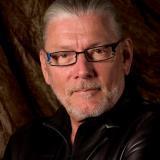 Traff was born in Winnipeg, MB.  He has worked in the optical dispensing industry, as well as the farm equipment and fertilizer industries.  He came with his family to Vancouver in 1979, where he was Western Canadian Sales Manager for a well-known optical company.  Later he began his own eyewear frame distribution company.  In 1981 he co-founded, and was later president of, the SOS Children’s Villages BC, a full-fledged member of SOS Children’s Villages International.  More recently, he has partnered with Christian Blind Mission donating new eyeglass frames for people in the developing world who are in need.  He has been a board member for Company of Disciples for the past five years.  Traff was "born" an Anglican and has stayed true to his faith in the Anglican tradition.  Planting churches through Anglican Explorers is a natural fit for him as he has longed to use his entrepreneurial gifts to spread God's Word across Canada.